As we left Colorado and headed to Wyoming we realized how flat Wyoming is, seriously, west Texas is more interesting. But we pressed on, I do believe the landscape began to fray on Shay (see what I did there).

We were leaving a gas station and she grabbed my arm and gasps did you see that. I said see what! She said the writing in the trees! I turned and looked at her and said what did they do to you in that gas station?

It was pretty funny, fortunately nothing had been done, I did ask if she had accepted any candy from strangers in the gas station. She had not. She says she is going to phone a life line and gets one of her friends on the line. When she heard what had just transpired she said she was worried about the both of us. The whole office was waiting to hear that we had gotten arrested for some antic or another. With me they figured it would be a Dean Cain incident, with Shay it would be a keeping me from a Dean Cain incident.

We drove onward, to Montana, we hit the edge of Yellowstone Park at dusk. We had to go through Yellowstone to get to the city of West Yellowstone. The longer we drove the darker it became, it was a more than a little daunting.

It was soon pitch black, trees on one side and a sheer drop off on the other. Shay said you need to talk to me to take my mind off of this drive. So I said what is all of the office gossip that I don’t know. Well, let me tell you, that earned me a look and a half.

She then said well did you hear and I said What, no! Because I really don’t pay attention, I stay in my world at work and no one tells me anything. So now I am all caught up, I have to be honest, I didn’t retain any of the gossip. So I still don’t know anything that is happening. Probably for the best, this way if I am tortured I can’t reveal anything.

As we are driving along the car in front of us stops, just stops, I yell, get the knives! Shay does not, but we are very cautious, because, well, the hills have eyes.

The man got out and we very cautiously went around him, I think he may have hit something because he was looking at the front of his car. During this time we had no cell service, at all, thank God the man wasn’t a member of the hills have eyes gang.

We finally come to the edge of the forest, I now know exactly what Hansel and Gretel felt, found our way to our hotel.

The hotel was an older one, it was really nice and lived up to my expectations of what a rustic hotel in Montana should look like.

We climbed the stairs and started walking to our room, it was at the end of the hall. The light started flickering, we looked around for twins, thankfully there were none.

We decided to walk and forage for food, we had been in a vehicle way too long. The town was the epitome of an older town in the North, at least to me, it was everything I have been dreaming of since I was a kid.

We even managed to find gluten free pizza for Shay, total win.

We made an agreement to sleep until we woke, no alarms, no agenda the next day, except for exploring the town.

The next day was spent walking around the town and seeing all of the shops.

Bears were everywhere, not live ones, wooden ones, maybe plastic, I’m not sure. But they were perfect for the environment we were in. I even sang to one of them and danced with one. I rapped to one, yes, I can rap, it is a little know skill I possess.

The next day was hiking in Yellowstone, you will read about that in the next entry. 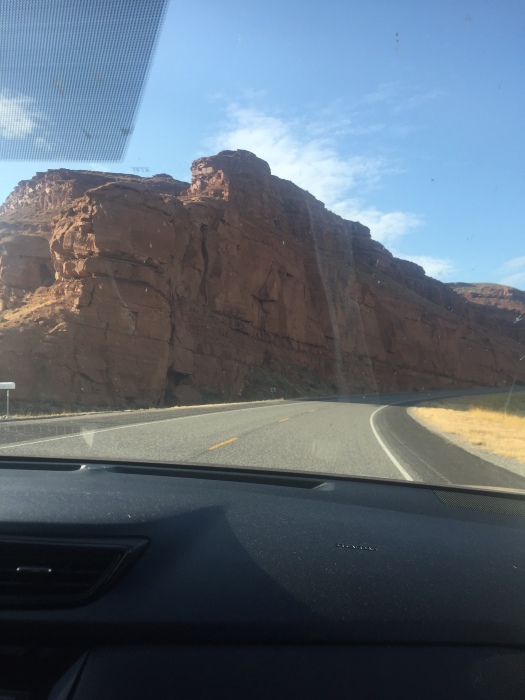 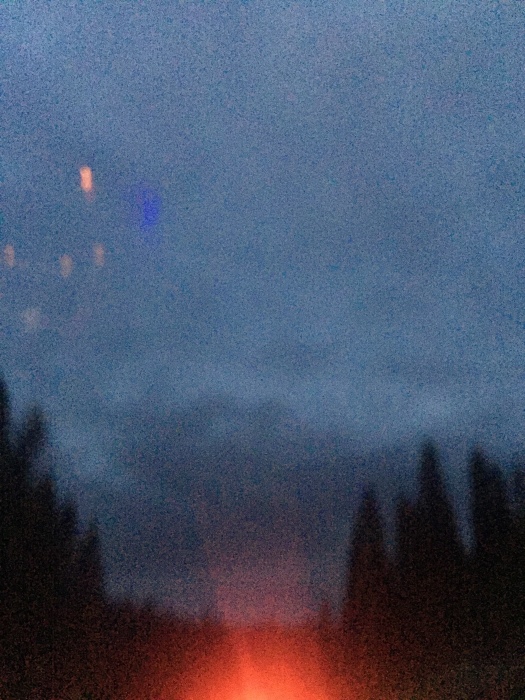 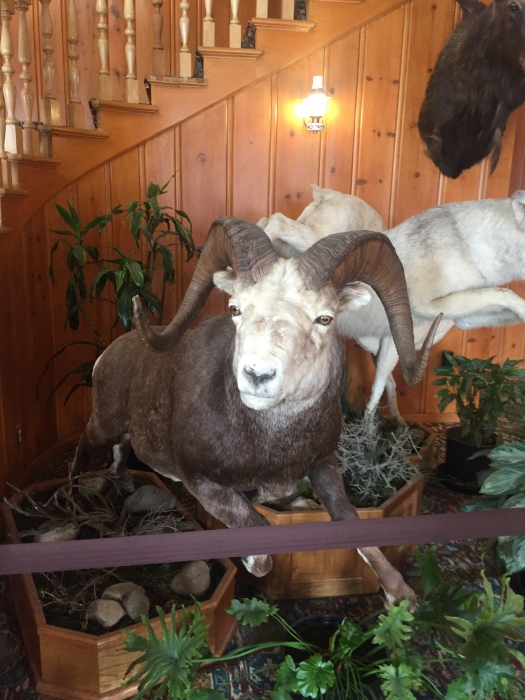